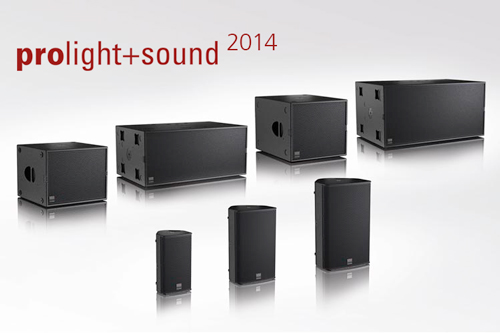 In time for Prolight + Sound from 12 to 15 March, Kling & Freitag is presenting new speaker systems, which complete the GRAVIS and NOMOS ranges of the ProRental series. The GRAVIS 8 and GRAVIS 15 complement the full-range speaker GRAVIS 12+. Based on the existing housing design , the 8“ / 1“ and 15“ / 1,.4“ systems significantly extend the range of application. The GRAVIS 8 is designed for near-field sonication, and also for use as front-fill, side-fill and delay speakers. With a maximum sound pressure of 129 dB, the GRAVIS 8 is clearly tuned for maximum performance. The GRAVIS 15 achieves, additional to the extended low frequency range, up to 5 dB more max. SPL than a GRAVIS 12+. In the crossover frequency, the bundling of both sound sources is largely identical, which has a positive effect on the enforcement of the system in the short and medium throw distances. All housing of the GRAVIS series has 2 monitor angles of 35° and 55°.

The NOMOS series has now been expanded by another 4 new bass models. The NOMOS LS II (1 x 15”), NOMOS LT (2 x 15”), NOMOS XLS (1 x 18”) and NOMOS XLT (2 x 18”), based on a similar, heavy-duty and high-tech chassis. The acoustic tuning has been optimised for deep and contoured bass response. The housing of the 15” and 18” subwoofers, which was designed with truck dimensions, is compatible with each other and can also be combined as cardioid system. To maintain the clear, simple design of the new NOMOS subs, including in cardioid mode, the rollers were integrated into the optional transport cover, as an additional Speakon was behind the logo at the front. To experience the new of the GRAVIS and NOMOS series, visit Kling & Freitag at Prolight + Sound in hall 8, booth F40.