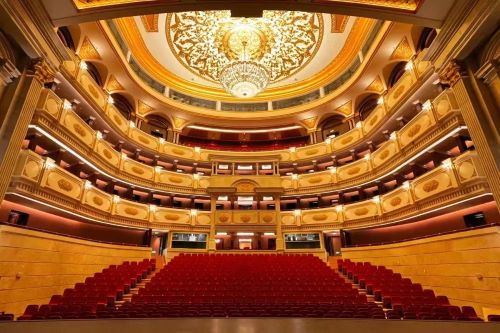 The “Central Opera House” is the most powerful, talented and influential national theater in the Asia Pacific region, representing the highest level of China’s performing arts. From the moment the Central Opera House was founded, it has been the dream of generations of opera people to have its own theater to realize “theater and venue in one”. This is the stage of the people, the window of the world, and the highland of human art. It is responsible for telling Chinese stories to the world with literature and art, showing Chinese style, and showing the confidence of Chinese culture.

Overlooking the Central Opera House, the theater looks like a hovering Phoenix. It is the messenger of human happiness, symbolizing auspiciousness, harmony, immortality and rebirth. The theater has a total of 1600 seats. Its core functions are large-scale opera, dance and ballet performances, which meet the needs of performance and exchange between domestic and foreign literary and art groups. From Camellia, Turandot to white haired girl and Red Detachment of women, many classical operas at home and abroad will be performed on this stage by contemporary artists. Here, the audience will feel the charm of opera art and witness the style of artists at home and abroad. This is the “home” that several generations of artists of the Central Opera House have been looking forward to for a long time. It is also a brand-new cultural landmark in Beijing, adding a heavy color to the strategic positioning of Beijing’s “four centers”.

The Central Opera House adopts the design concept of the combination of Chinese cultural elements and European classical architectural style. It is a beautiful palace with exquisite carving. At the same time, it also applies a large number of new technologies to make the performance effect of the whole theater comparable to that of the world’s top opera houses. The steel consumption per square meter of the whole theater is almost the same as that of the “bird’s nest”. In 2018, the Central Opera House won the gold medal of China’s steel structure. The theater also won the Great Wall Award and is preparing to select the Luban Award. The theater has the largest music pool in China, and the only “auditorium + balcony” design in China has realized the standard on a par with the international top opera house.

The interior decoration design of the theater adopts classical European design. The whole interior decoration is full of classical aesthetic feeling and luxury. This design makes there is no traditional splayed wall on both sides of the stage, and the general line array or point-source speakers cannot be installed. At the same time, the audience of up to five floors has brought great challenges to the design of the sound reinforcement system. In order to bring the Hi-Fi sound quality to the audience in every corner of the theater, and avoid the sound interference caused by the complex wall structure and auditorium parapet, the Central Opera House finally adopted a complete set of German Kling & Freitag (K&F) loudspeaker system after strict audition shootout. The sound reinforcement system is built with VIDA series of multi-purpose intelligent digital array speakers, which lead the innovation of speaker technology, as the core. The compact and slim shape of VIDA series and the customizable appearance coloring make it possible to combine the decoration and “concealed” without obstructing the visual enjoyment of the theater.

Opera performances are almost demanding on sound quality, and it is difficult to find speakers with such Hi-Fi quality as VIDA series in the same type of products, which is one of the main reasons why users finally choose VIDA. VIDA is a full-range compatible, modular three-way array speaker system, equipped with 48 DSP channels and 48 class D power amplifiers (one for each module). The loudspeaker system of each module is placed coaxially, and the frequency response (-10 dB) can reach 65 Hz – 22 kHz.

Two groups of VIDA systems are arranged on the left and right sides of the stage by wall mounting. A group composed of two VIDA L speakers at the bottom of each side is mainly responsible for the pool seat coverage of the first and second floors, and a group composed of three VIDA L speakers at the top of each side is mainly responsible for the balcony coverage of the third to fifth floors. The features of beam controllability and beam separation of VIDA system play an important role in this complex site. It can perfectly project sound to the audience area of the pool seat and box that needs to be projected without interference from the building structure, which is also a task that traditional speakers cannot complete. At the same time, the specially customized spray paint color also makes VIDA more perfectly integrated into the decoration, which is not easy to be noticed, greatly improving the visual experience of the audience, making the audience completely feel as if they were immersed in a classic European opera house and immersed in the performance.

Four NOMOS XLT are arranged as ultra LF speakers, which can effectively expand the LF lower limit of the theater sound reinforcement system, making the theater compatible with other types of performances at the same time. At the same time a number of PASSIO and SONA 6 small point-source speakers are installed in the theater as the side balcony sound supplement speakers, and GRAVIS 15 as the back listening speakers. Besides VIDA series, speakers are driven by K&F D series network digital power amplifier which is very suitable for fixed installation projects.

On June 10, 2022, the newly-built Central Opera House theater finally ushered in the glorious moment of grand opening. The original opera road of Central Opera House was performed for two consecutive days. After the performance, the leaders, creators and technical teams in the backyard all spoke highly of the outstanding performance of the sound system. If the Phoenix spreads its wings bravely, it must have unparalleled ambitions. With the blessing of German Kling & Freitag (K&F) speaker system, the Central Opera House will come with in a brilliant tomorrow and create an eternal classic.